“Touching the Mountain” is a place where you can help. If you’re new to the page please take a little time to read below to understand this is a place of story telling and engagement with other options too. As part of the evolution of Mission Leopard through the recently completed Lunar Year of the Tiger we’ve reintroduced image downloads to help educate as well as fund projects. Each image in the “Touching the Mountain” series has its own story and for as little as $10 you can make a difference.
We have also introduced the option of one off contributions of an amount of your choice if you’d rather not purchase. That option is HERE with the funds going towards LeopardEye to help coexistence safety for both people and wildlife. You can also find out more about our other support developments such as Conservation Honey and Wild Leopard Coffee HERE.

For image purchase and subscription options please scroll down.

Jack Kinross writes about Asa, the Leopard of Hope, at the updates overview page HERE. Asa can only be described as a special leopard, very much a motivator for Mission Leopard. There’s stories behind each of the images below and at the bottom of the page you can read how as little as $10 helps coexistence between people and leopards.

Just a quick word on the payments system. Stripe is ultra safe and internationally recognized to process card payments. We use SendOwl for easy image transfer but if you prefer alternative ways of paying and want to make direct contact about your help please email projects@wildtiger.org. We encourage you to use these images to help spread the word and we look forward to bringing you other ways you can help with our new education platform. Read on below to learn about the images available at the moment:

From Jack: It took me months to get this image. At a clearing about an hour north of Leopard Camp there were amazing views of several of the mountains in the Annapurna Himalaya but in monsoon there’s usually cloud cover. Asa used love climbing this dead tree, he would do this for hours and I would patiently wait, always knowing that once monsoon finished I would be able to photograph the young leopard with a Himalayan background. Then one day it happened, I kept shooting images in the hope Asa’s tail would ‘touch the mountain’ which finally happened. I converted the image into black and white, it quickly became the best selling photograph supporting Asa’s rewilding. I’m selling it again now, still at $50 but with different text so you can point people to this website in the hope they will take an interest in protecting leopards and helping them coexist with people. Buy using SendOwl HERE or contact Mission Leopard at projects@wildtiger.org

From Jack: This is original image before I converted it. I shot it in RAW and the light is exactly as it was that day, I’ll never forget it, such a moment, Asa and the mountains finally obliging. Machapuchhare (also known as Fishtail or in local Gurung language, Gathaasu) is the mountain Asa is touching, it is a sacred place in Gurung culture, the mountain has never been climbed for that reason. This image sells for $100. Buy using SendOwl HERE or contact Mission Leopard at projects@wildtiger.org

From Jack: I couldn’t believe how well Asa adapted to snow, that taught me a lot because it expanded my thinking and actions into looking for leopard sign in snow covered areas. The usual belief is that mountain leopards (unlike snow leopards) drop down in altitude when the snow comes, usually to follow prey but also because they were not comfortable. Not true. Asa would simply sleep in trees, wrapping himself up with his tail and taking advantage of the fact that his fur grew quickly when the temperatures dropped. In his early days in the snow, Asa was wide eyed in wonder, that is why I love this image, the young leopard immersing himself in nature was always something to behold. I did not publish this image at the time of Asa’s rewilding but now, seven years on (October 2022), I feel the time is right. Buy for $20 using SendOwl HERE or contact Mission Leopard at projects@wildtiger.org

From Jack: This image is also incredibly important to me, it was taken near the end of February 2015, Asa being around one year old. It was at a time where I could feel Asa growing in independence, he was starting to stay away from Leopard Camp for several days at a time and his attitude towards me at times, although we had a close bond, could best be described as feisty. It had been a hard winter for both of us, one of the toughest times physically in my whole life but worth it because I knew that Asa was adapting to the wild, becoming the leopard I hoped and knew he could be. This image is selling for just $10, I want as many people to buy it as possible not just to help leopards and people but so they can take heart that anything is possible. Buy using SendOwl HERE or contact Mission Leopard at projects@wildtiger.org

The Bundle sells for $150 which is the starting cost for the cameras we use in LeopardEye, our system of tools to help people and leopards coexist. All support is valuable, please spread the word too and if you’d like to contribute in some other way or with a one off financial support please contact Mission Leopard at projects@wildtiger.org. $10 does make a difference, we hope that people can make a purchase, share it with a young person, use the website and explain the situation.

We’ve also reintroduced the previously available MountainTiger series which are 40 more images of Asa selling for $10 each HERE.

If you’d like to contribute monthly, even for as little as $5, you will receive news snippets and other digital content you can use to help by educating. Please email projects@wildtiger.org expressing your interest.

Once again, thanks for your support, it all helps. More images and more ways to help, be involved, will be added to this platform, keep checking back for updates and be part of coexistence between people and leopards in the wider context of our relationship to nature.

To protect the leopard is to protect many landscapes, many habitats, for the good of us all. 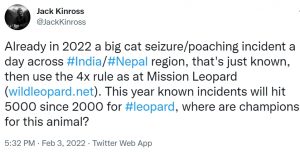 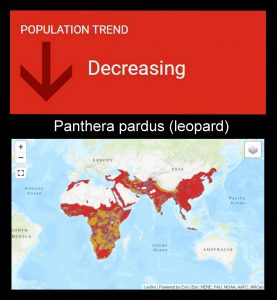 For information regarding big cats in South Asia and beyond: Big cats and people living together in South Asia is a major coexistence challenge.  Reducing conflict has the outcome of increasing tolerance.

Wildlife and forest crime is a major threat to the biosecurity of many nations. If you have knowledge of a wildlife crime you’d like to report but you would like to keep your identity private please use the  App Wickr Me which you can download for free from any App store. It is an anonymous service. you can then send your message to WildTigerInfo.  Your privacy will be respected as it is in our interest to combat wildlife and forest crime by collaborating with like minds. 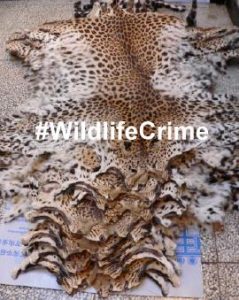 Mission Leopard is an initiative of WildTiger, a benefit for nature enterprise coordinated by Jack Kinross.